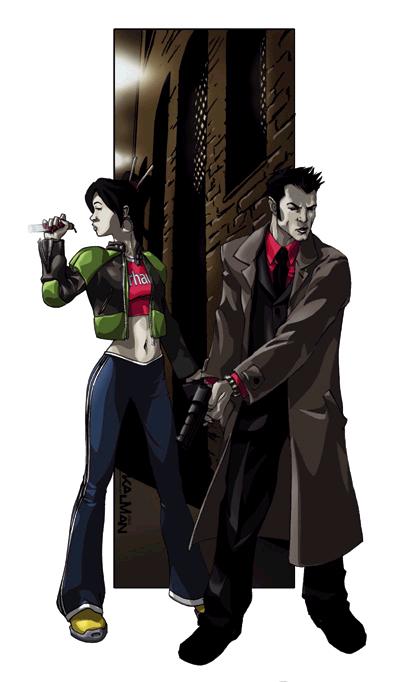 Maclaine was a soldier for a third tier Mega Corp, Samurai Tech. The head of his departmnet, H.Nakamura (suicide) made a deal with a rogue G-man. The agent (J.Lennox - MIA) ran out on the deal, and Samurai Tech was taken apart by the FBI and MCT. On that day Maclaine was inside the Tech tower, and managed to leave the building through a mixture of luck, bravado, and possibly outside influence. Former team members include T.Baxter (total cyberware extraction), Jack Kula (imprisoned), Charlie 'Barrett' (MIA).

Maclaine bought passage across the border and found work in New Orleans as a shadowrunner.

For deep philosophical insights, see his account of a New Orleans run

Return to: Player Biographies or Ivo