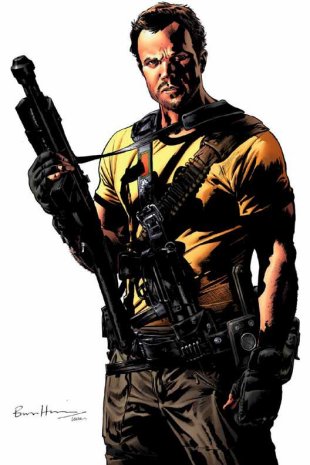 'Specialist' Murphy is a gun for hire with a (seriously) dodgy past. He cultivates an aura of military experience, but how much of this is an act is uncertain. He is a man of few talents. Unlike the more esoteric pursuits of fellow team members, his calling is that of destruction. Whether letting rip from an anti-vehicle support weapon in an urban environment, drilling a pistol round into the head of a fleeing target from 60 meters, setting demolition charges, or wading into a scrap fists first; if you're looking for trouble you're likely to find Danny there already, with a thermos flask in one hand and a Colt Manhunter in the other.